In thirteenth century southern France, half-Basque witch Mariana must choose between two knights. Breton knight Richard knows of the old ways, the circle fires and standing stones. Yet Richard is betrothed to another. Heartbroken, Mariana refuses all suitors and secretly follows her mother's magic, a path that got her mother burnt at the stake.

Henri, tortured soldier of the Inquisition, is sent to destroy Mariana. Yet he can't bring himself to carry out his orders. When a holy relic Rome seeks to seize at all costs comes down from the ashes of the Cathar stronghold at Montsegur and falls into Mariana's hands, the battle of love and fear begins. 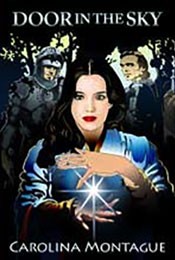