Kim Parker and Rakesh Alcourt shelter inside a decommissioned Titan missile silo, recovering from near-fatal wounds incurred in their battle with Kronos, the vampire creator of a virus that is depopulating humanity. While humans die by the millions, Kim and Rakesh search for cures and for Kronos. When they venture into nearby Denver, Kim is captured which sends Rakesh into a tailspin.  Just three weeks ago, Kronos threatened to skin Kim alive.

While Rakesh desperately searches, Kronos takes Kim on his cargo-container ship and has his surgeon operate on her. Kim fears Kronos may have had something implanted inside her. After she is released, the secret within her body proves more perilous than anything she feared. And the repercussions shake the very foundations of the love she shares with Rakesh. 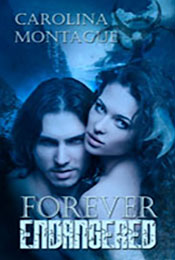